The Network Announced the Family-friendly Show Comes Back in January for a Fourth Season; Fans Can Now Vote for the Possibility to Bring Back All-time Favorites 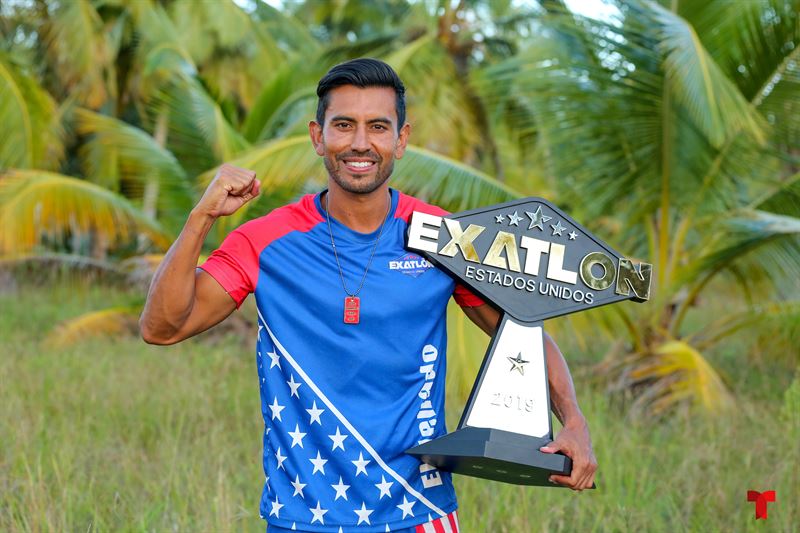 MIAMI, FL – November 25, 2019 – Last night, the third season of Telemundo’s hit reality-sports competition, Exatlon Estados Unidos, came to an end and named a new champion: Mexican soccer legend, Alberto “El Venado” Medina. During the episode, Telemundo also announced that the family-friendly show will come back in January for a fourth season , and fans will have a chance to vote for their all-time favorites to return to the competition. Audiences can keep up with the latest news about Exatlon by visiting Telemundo.com/Exatlon, and following Instagram @Telemundo.

Since his first day in Exatlon, “Venado” displayed his blistering speed, control and agility on the obstacle courses, ranking as one of the top performers in the show. And, after 14 weeks of intense competition, with the marker at 3-1, the soccer player from the ‘Famous Team’ surpassed Mexican gymnast, Shaila Perez, taking home the grand prize of US$200,000.

“I feel extremely happy to have won the competition, and grateful for all the fans who supported me since the beginning,” said Medina. “Exatlon helped me become a better person and athlete. It truly has been an honor and privilege to be part of this.”

Medina, a former professional soccer player, made his professional debut for Chivas MX in the year 2000, when he was 17-years-old, winning an award for most promising player. Later, he was called to join the Mexican National Selection, playing in the FIFA World Cup, the CONCACAF Gold Cup and the Copa America, among others.

The popular show is coming back in January for a fourth season, the network confirmed.

Telemundo also announced that they may bring back former contestants from past seasons to participate in the fourth installment of Exatlon Estados Unidos. Fans of the show will have the opportunity to vote to see their all-time favorite contestants back on the competition. The poll is now open on Telemundo.com/Exatlon.

“We know how passionate our Telemundo and Exatlon fans are. To show our appreciation, we want to know who their favorite contestants are, to see how we might be able to involve them in the next season,” said Ronald Day, EVP of Entertainment, Telemundo Networks.

Produced by Acunmedya for Telemundo, Exatlon is hosted by sports commentator, Erasmo Provenza, and co-hosted by Colombian model, Jessica Cediel.