THE RIVERAS, THE ORIGINAL LATINO FAMILY OF REALITY TV IN THE U.S. RETURNS FOR A POWERFUL FOURTH SEASON ON UNIVERSO SUNDAY, AUGUST 11 AT 10PM/9C

The smash hit celeb-reality follows the children of late Regional Mexican Icon, Jenni Rivera – Chiquis, Jacqie, Mike, Jenicka and Johnny - as they welcome Lorenzo, Chiquis’ husband, as the newest member of the cast 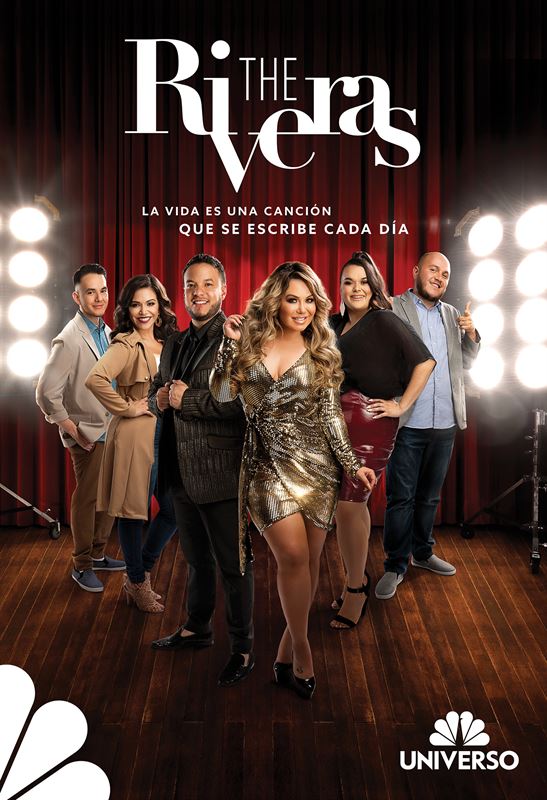 MIAMI – JULY 17, 2018 – UNIVERSO announced its hit celeb-reality The Riveras is set to premiere season four on Sunday, August 11 at 10pm/9C. The Riveras, the first English-language reality show about a Latino family in the U.S., follows the children of the late Regional Mexican Superstar, Jenni Rivera – Chiquis, Jacqie, Mike, Jenicka, Johnny and Lorenzo, the newest cast member who recently tied the knot with the eldest sibling. The 15-episode season gives “Chizo” fans an inside look to the truth behind news headlines and the ongoing media scrutiny Chiquis and Lorenzo have endured during their engagement leading up to their recent wedding. In addition to participating in all the special events and moments leading up to the big day, viewers will witness major changes and turning points as the cast makes decisions that dictate where life takes them next. To view a video of the promo shoot, go to https://youtu.be/Fhck6BZ6Y90). To download the Key Art and a :60 sec promo spot, click here.

“For once I kept everything for the reality show. I want viewers to tune in and find out the truth about everything being said in the media,” said Chiquis Rivera, Executive Producer and star of The Riveras. “It is important to be honest to your followers and to be transparent. Not everything is peaches and cream. I have bad days…I cry… and go through a lot sometimes. It is important to have a real connection with fans …that is how my mom was, and it is important for the audiences to know who I really am”.

“We are thrilled to bring back The Riveras, the reality show viewers can’t get enough of,” stated Arelys Carballo, VP of Programming and Acquisitions for UNIVERSO. “Its authenticity and relatability have been key to its success, and we are proud to offer viewers programming that reflects the diversity of the fastest growing population in the U.S.”

This new season, fueled with love, drama, madness and lots of life changes, finds Chiquis putting it all on the line for love, but will choosing Lorenzo mean stepping away from her siblings? No matter what, she’s ready to face the rumors and the gossip, even within her own inner circle. Jacqie is still struggling to finalize her divorce but knows it’s time to get busy moving on and that means recording music, chasing her dreams and learning to open her heart to love again, all as a single mom." Mike’s literally building a life of his own, having found a home to remodel and a new career. As Chiquis and Lorenzo take time away from the family, Johnny and Jenicka are trying to grow up without the motherly advice of their big sis, but when they turn Chiquis’ house into a dorm for all their friends, can she really turn a blind eye? The Riveras are growing up but they’ll never grow apart!

The Riveras were the first Hispanic family to expose their lives on reality TV in the record setting series, I love Jenni, which focused on the life of the most successful Regional Mexican singer, Jenni Rivera and her family. Jenni’s legacy continues with her children on The Riveras, and the key to the spin-off’s success has been its relatability.

The Riveras is Executive Produced by Irune Ariztoy for UNIVERSO and Edward Paige and Liane Su for Blank Paige Productions the same production house that produced I love Jenni.

Fans can engage on social media by using the hashtag #TheRiveras and find more content about the show on:

Viewers can catch up with “The Riveras” by binge watching on Video on Demand, www.nbcuniverso.com/NOW, and the UNIVERSO NOW app.

To find UNIVERSO on your satellite, telco or cable TV channel lineup, go to Channel 410 on DIRECTV; Channel 838 on DISH Network; Channel 3009 or 3010 on AT&T U-verse; and visit www.encuentranbcuniverso.com for the UNIVERSO channel number on your local cable TV listings.

ABOUT UNIVERSO:
UNIVERSO is a Spanish-language entertainment cable network that brings immersive original programming and the world’s top sports franchises to more than 40 million households. As one of the most widely available cable channels for U.S. Hispanic audiences, UNIVERSO delivers a thrilling mix of original scripted series, celebreality shows, mainstream signature series, blockbuster movies and exclusive sports action – including, CONCACAF, Premier League, Confederations Cup, FIFA World Cup™, WWE and must-see live events on TV, online and mobile devices. UNIVERSO is part of NBCUniversal Telemundo Enterprises, a division of NBCUniversal, one of the world's leading media and entertainment companies. NBCUniversal is a subsidiary of Comcast Corporation.