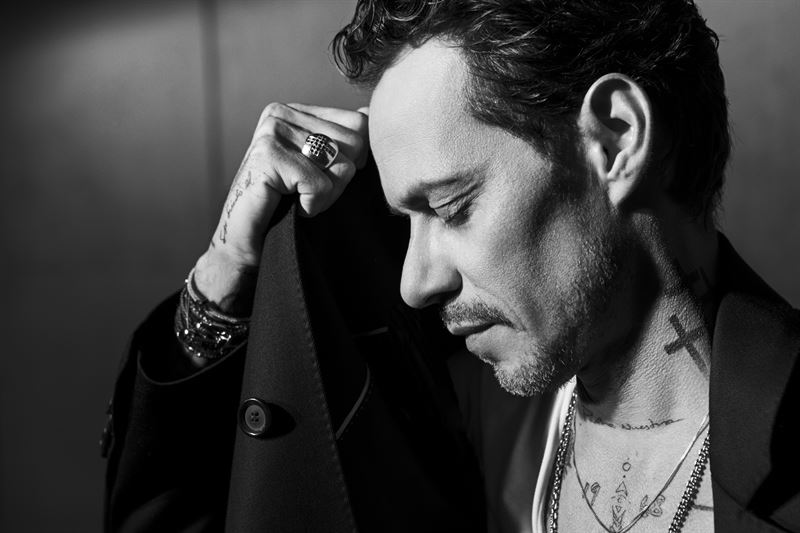 Los Angeles, September 23, 2019 - Telemundo announced today that internationally acclaimed singer, actor and producer Marc Anthony will receive the Latin AMA International Artist Award of Excellence given for the first time ever at the “Latin American Music Awards” (Latin AMAs). This special award is given to artists that turn the world around with their greatness, crossing over language, race or religion. Their nationality has no borders; they stand for peace, and their songs reverberate as musical anthems.

In addition to receiving the recognition, the Puerto Rican artist is also scheduled to perform during Telemundo’s live broadcast of the “Latin AMAs” on October 17 at the Dolby Theatre in Hollywood, California. The award ceremony will also air simultaneously on Spanish-language entertainment cable network, Universo and in 20 countries throughout the Americas via Telemundo Internacional. Tickets to the awards show are on sale via Ticketmaster and the Dolby Theatre box office.

Marc Anthony is one of the most influential artists of his time, and a true ambassador of Latin culture and music. Songs like "Flor Pálida" and "Valió la Pena," among others, have become fan favorites. His musical hits have also granted him countless gold and platinum awards from the Recording Industry Association of America (RIAA), with more than 31 hits on the Billboard charts and over 7.4 billion views on YouTube.

His album, Marc Anthony 3.0, released in 2013, made him the recipient of an American Music Award, a GRAMMY® Award nomination; ten Billboard Latin Music Awards, and three Billboard Awards, among others. In 2016, Anthony also received the prestigious "Person of the Year" honor, from the Latin Academy of Recording Arts and Sciences. His tours “Vivir Mi Vida,” “Cambio De Piel,” “Full Circle” and “Legacy” have also been included in Pollstar Magazine’s “Global Top Grossing Concert Tour List.”

Last May, six years after introducing 3.0, Anthony released his latest album OPUS, his eighth salsa album since he revolutionized the Latin music scene with Otra Nota (1993); and his new “OPUS TOUR”, launched in the United States and other countries this year.

In addition to his achievements as a musician, in 2012, the six-time GRAMMY® and Latin GRAMMY® winner started the Maestro Cares Foundation, hosting several fundraising events throughout the year to benefit the non-profit organization and build orphanages in Latin America. Anthony has also extrapolated his success to the corporate landscape, by becoming a minority-owner of The Miami Dolphins football team, and starting his own entertainment company, Magnus Media.

Facebook Post: Global superstar @OfficialMarcAnthony to receive the Latin AMA International Artist Award of Excellence, for turning the world around with his greatness, crossing over language, race or religion. His nationality has no borders; he stands for peace, and his songs reverberate as musical anthems. #MarcAnthony will also be performing at the @LatinAMAs on 10/17 to be broadcast LIVE from the @DolbyTheatre on @Telemundo. #LatinAMAS

Instagram Post: Global superstar @MarcAnthony to receive the Latin AMA International Artist Award of Excellence, for turning the world around with his greatness, crossing over language, race or religion. His nationality has no borders; he stands for peace, and his songs reverberate as musical anthems. #MarcAnthony will also be performing at the @LatinAMAs on 10/17 to be broadcast LIVE from the @DolbyTheatre on @Telemundo. #LatinAMAS

Twitter Post: Global superstar @MarcAnthony to receive the Latin AMA International Artist Award of Excellence and perform during the @LatinAMAs telecast on 10/17, LIVE from the @DolbyTheatre on @Telemundo.

For the latest news, be sure to follow the “Latin AMAs” on social media and join the conversation by using the official hashtag #LatinAMAs.

NBCUniversal Telemundo Enterprises is a world-class media company leading the industry in the production and distribution of high-quality Spanish-language content to U.S. Hispanics and audiences around the world. This fast-growing multiplatform portfolio is comprised of the Telemundo Network and Station Group, Telemundo Deportes, Telemundo Noticias, Telemundo Global Studios, Universo and a Digital Enterprises & Emerging Business unit. Telemundo Network features original Spanish-language entertainment, news and sports content reaching 94% of U.S. Hispanic TV households in 210 markets through 28 local stations, 51 affiliates and its national feed. Telemundo also owns WKAQ, a television station that serves viewers in Puerto Rico. Telemundo Deportes is the designated Spanish-language home of two of the world’s most popular sporting events: FIFA World Cup™ through 2026 and the Summer Olympic Games through 2032. Telemundo Global Studios is the company’s domestic and international scripted production unit including Telemundo Studios, Telemundo International Studios, Telemundo International, as well as all the company’s co-production partnerships. As the #1 media company reaching Hispanics and millennials online, the Digital Enterprises & Emerging Business unit distributes original content across multiple platforms, maximizing its exclusive partnerships with properties such as BuzzFeed, Vox, and Snapchat. Through Telemundo Internacional, the largest U.S.-based distributor of Spanish-language content in the world; and Universo, the fastest growing Hispanic entertainment cable network, the company reflects the diverse lifestyle, cultural experience and language of its expanding audience. NBCUniversal Telemundo Enterprises is a division of NBCUniversal, a subsidiary of Comcast Corporation.